Chancellor, Minister of the Interior

Chancellor Fedorova runs the Praxis like a well-oiled machine. She wants to reassure you that she only has your best interests at heart. She has toiled all her life for the Movement and the citizens of the Praxis. All she wants are her efforts to be appreciated and her directives unquestioningly obeyed.

Olga speaks with a Russian accent and hails from somewhere within the Eastern bloc. She lead a long and fruitful life before becoming undead—two husbands, three sons, all of which she outlived, and she was a women's rights activist and taught law and philosophy at a ladies' college. When she neared the end of her life, the fates decided she wasn't done yet and gave her another purpose—to serve the Carthian Movement and to bring modern thought to Kindred society.

Olga has travelled throughout Europe for this purpose. In Berlin she met Comrade Siegfried, a kindred spirit in the Revolution. They both shared a vision for Kindred society, and throughout the war the the subsequent years of restoration, Fedorova had been Siegfried's closest ally. She fought alongside the Prince in the war against the Strix, and then came with him to West Berlin in order to establish a Praxis safe from the Kindred's enemies.

Olga is an older woman with a regal bearing undercutted by an aura of fear and dread. She has a small, round face and must have been good-looking in her youth, and still wears modest amounts of makeup. She wears suits of pastel colors and low, sensible heels. Her hair is always done in a neat updo, strawberry blonde with prominent streaks of gray. Her lipstick is the shade of stale blood left on a butcher's slab. Her pearls are the same pale, lifeless color as the whites of her eyes. 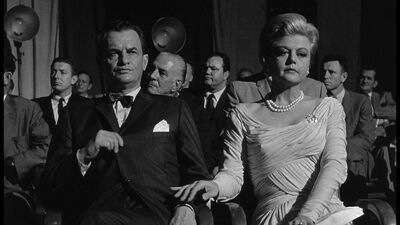